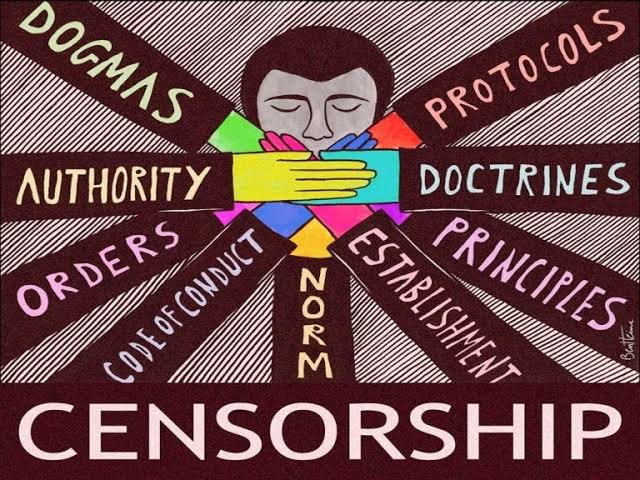 (WHY IS IT IMPORTANT?)

Censorship is the suppression of speech, public communication, or other information that we learnt in our smart class. This may be done on the basis that such material is considered objectionable, harmful, sensitive, or "inconvenient" and is said to be the disruptor of peace in the society.

Several movies and videos are launched and released every year. Some content which is present in these videos and movies may be inappropriate. India is a vast and skill development,  diverse country; if any content in the media is inappropriate it may cause a conflict among people of different groups in the country. So, every year, the censor board in India analyses movies and videos to check for any discriminatory remarks or portrayal of any person that may go against any religion, caste or any group of people etc. Not just movies and videos, but the lyrics of some songs also get censored because of being abusive or disturbing. Also, censorship is used in news reports and documentaries while presenting sensitive or private information. If a content is censored, it is said to be either seized, cut up, withdrawn, impounded, ignored, maligned, or otherwise made inaccessible to its audience. Censorship is required while dealing with very sensitive topics such as gender, placements of armed forces, religion, sexual harassments and so on.

However, the audience has freedom to protest against the censorship. For example, when Junko Furuta was sexually harassed and was burnt alive by the culprits, people were angry that it was the culprits faces that were censored for protection of theirs and not Junko’s.

Hence, it becomes important to censor the correct content, carefully; and hence this is how censorship has become important in media.