Diwali is the Hindu festival of lights which is celebrated every year in the spring season according to southern hemisphere (autumn in the northern hemisphere). 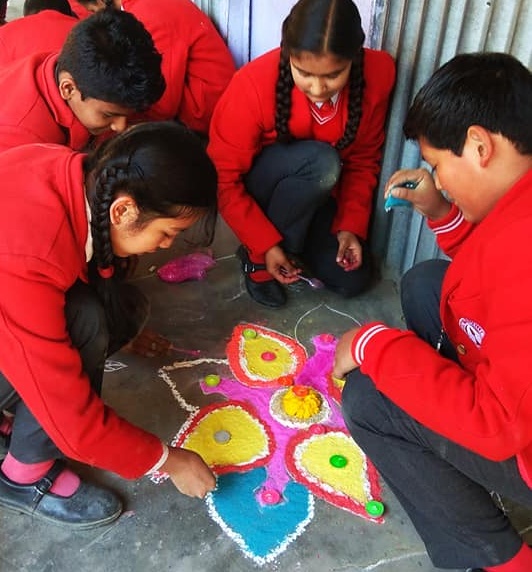 Diwali is also known as Depavali and it’s the same celebration of light across the country. Diwali is a festival which is celebrated nationwide during this festival people light up their houses and shops with diyas.Its celebrated to mark return of Lord Rama from fourteen years of exile and his victory from Ravana.Diwali is one of the most popular festival of Hinduism, its spirituality signifies.“The victory of the light over the darkness”, “Good over the evil”, “Knowledge over the ignorance” and “Hope over the despair”. The celebration of this festival mainly includes million of lights which will be shining on the house tops, near doors, windows and in countries wherever it is observed.During Diwali there is a lot of traffic but LMS provides a safe transportfor all students. Rangoli decorations are very popular during Diwali. LMS organizes competitions that help in a skill development of students. Special assembly was done by different classes every year which helps in empowering students. This Diwali class 10th girl performed a special Diwali dance on a beautiful Diwali song. It was really amazing. It was a wonderful assembly where the children also got a chance to listen ancient stories about Diwali.The preparations and rituals of this festival extend upto five days. But the main festival of Diwali celebrated in the night and this concides with the new moon night of Hindus Lunsisdar month which we all knew it a “Kartika mass”. The Diwali night falls in the month between mid-October to mid-November.Before Diwali people actively participate in homely works such as cleaning of the house, decorating etc. people dress up with new clothes, light up lamps and (diyas). The whole family participates in prayers typically to Goddess Lakshami Devi-Goddess of Property.

“Happiness is in air,

It is Diwali everywhere,

Let’s show some love and care,

And wish everyone out there.”