Manikarnika was born in Maratha family. She was married to Raja Gangadhar Rao, the Maharaja of Jhansi in 1842. And became the Rani if Jhansi after her 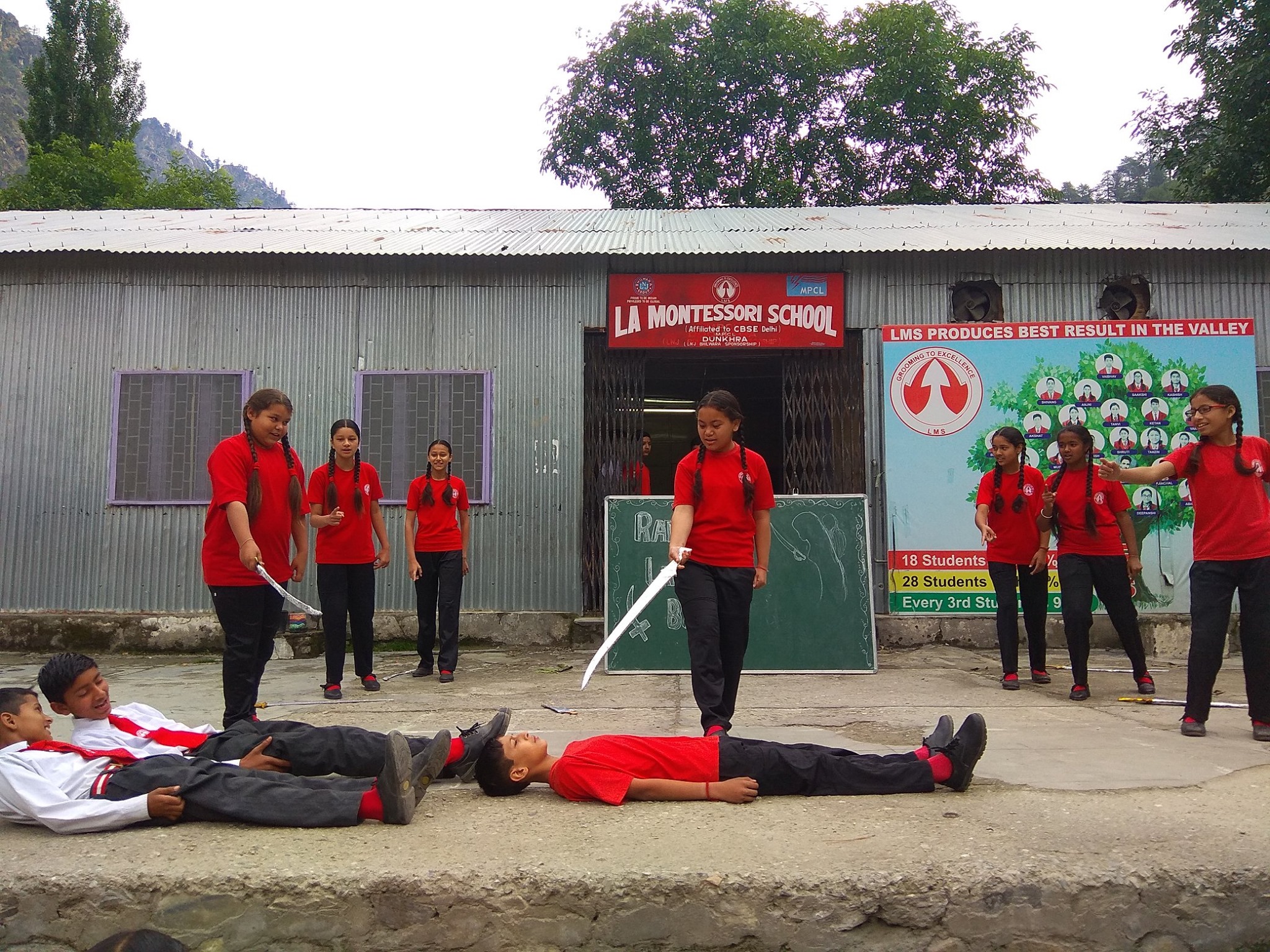 marriage. Manikarnika became Lakshmi Bai, named in honor of the Goddess Lakshmi. Before her marriage she was known as Chabeebli.She was one of the greatest leaders of the Indian Rebellion of 1857, and became for Indian nationalists a symbol of resistance to British rule in India.

The best school in H.P. , LMS celebrated this day to commemorate the work done by Rani Lakhsmi Bai with a wonderful assembly by Class 8th. They described about the struggle and confidence in her while fighting with British with a small act. This act was followed by a dance performance about the bravery of Rani Lakhsmi Bai. These special assemblies are providing extra-curricular activities to students. And this is overall development of students.

She fought for her right against British people. The creative minds of students created atmosphere of proud with their assembly. At the end of assembly all were feeling proud to have such great leaders.