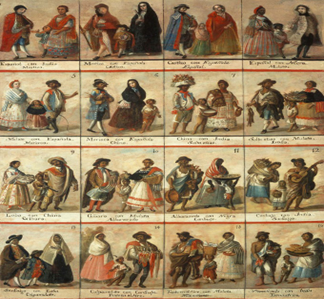 The Indian society is socio-politically stratified. Caste system has prevailed for ages and arranges the people into social strata or classes. Though this system is similar to the concept of racism that prevails in western countries where people are discriminated on the basis of their skin color, in India, people are socially differentiated on the basis of tribe, region, class, and religion. This means that when a child is born their status on the social hierarchy gets fixed on the basis of the caste he/she is born into. Caste system becomes an obstruction in the growth of the people and nation . best school of himachal pradesh gives us dutie to gather information.

Caste, which is also known as ‘Jati’ or ‘Varna,’ can be defined as the hereditary classes of Hindu society or the classification of individuals into hierarchically ranked classes that becomes the identity of an individual at the time of his/her birth. Going by the Hindu shastras, four hereditary castes exist in India, namely Brahmin, Kshatriya , Vaisya  and Sudra. Best faculty in different school always guides the students for positive use of internet and to gather information

Independent India has banned any discrimination based on caste and in an attempt to correct the previous injustices against traditionally disadvantaged, the government has announced quotas in government jobs and educational institutions. It was meant to support scheduled castes and tribes but now it has transformed into a whole different issue. Many communities are fighting and protesting violently to be recognized as OBCs. And even though most of such communities are prospering, they still want the caste quota by claiming that they are poor and suffering. best school from kullu wanted that there students have creative minds.

This problem is exacerbated by politicians and media. During the times of election, politicians woo a particular caste block by offering them certain benefits and such. Even though, the support to unprivileged was necessary, it has now become a vote-grabbing exercise for politicians and a short-cut to gain quotas for some communities. Caste system in India has simply become a system to gain reservation and benefits when people are acquiring education or applying for jobs. This can cause a lot of problems in the society. and effect overall development.

In order to make sure that the mandates laid by the constitution are fulfilled, a number of other acts were also passed in order to put an end to the discriminatory and exploitive practices against the lower classes. Following are some of those acts that ensure social justice for all.