The day after Jammu and Kashmir entered a new phase in history is a good time to look at the challenges ahead. There are political, security, international 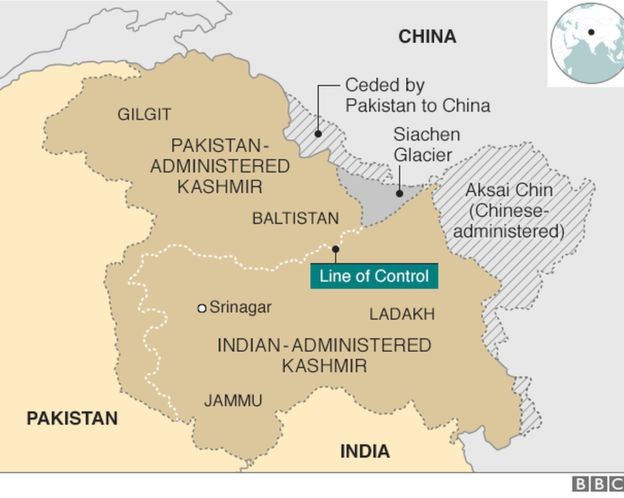 and legal challenges to life without Article 370 and 35A.

This is, perhaps, the BJP's biggest political challenge, the shape and magnitude of which is not yet clear. Only when the state leaders and separatist activists are freed from detention, communication channels and transport modes restored and political activities allowed in the state, will the Centre know what it is up against. Until then the form and nature of the challenge, including beyond the state, would be a matter of conjecture.

Kashmir is a Himalayan region that both India and Pakistan say is fully theirs.The area was once a princely state called Jammu and Kashmir, but it joined India in 1947 when the sub-continent was divided up at the end of British rule.India and Pakistan subsequently went to war over it and each came to control different parts of the territory with a ceasefire line agreed.There has been violence in the Indian-administered side for 30 years due to a separatist insurgency against Indian rule.

Article 370 was the basis of Jammu and Kashmir's accession to the Indian union at a time when erstwhile princely states had the choice to join either India or Pakistan after their independence from the British rule in 1947.The article, which came into effect in 1949, exempts Jammu and Kashmir state from the Indian constitution.It allows the Indian-administered region jurisdiction to make its own laws in all matters except finance, defence, foreign affairs and communications.It established a separate constitution and a separate flag and denied property rights in the region to the outsiders.That means the residents of the state live under different laws from the rest of the country in matters such as property ownership and citizenship.

Article 35A was introduced through a presidential order in 1954 to continue the old provisions of the territory regulations under Article 370 of the Indian Constitution.The article permits the local legislature in Indian-administered Kashmir to define permanent residents of the region.It forbids outsiders from permanently settling, buying land, holding local government jobs or winning education scholarships in the region.The article, referred to as the Permanent Residents Law, also bars female residents of Jammu and Kashmir from property rights in the event that they marry a person from outside the state. The provision also extends to such women's children.While Article 35A has remained unchanged, some aspects of Article 370 have been diluted over the decades.Critics of Article 35A say the provision did not have any parliamentary sanction, and that it discriminates against women.

For many people in Indian-administered Kashmir, Article 370 was the main justification for being a part of India. By revoking it, the BJP-led government has significantly changed Delhi's relationship with the region.The article allowed the Indian state of Jammu and Kashmir a certain amount of autonomy - its own constitution, a separate flag and the freedom to make laws, though foreign affairs, defence and communications remained with the central government.Under the article, Jammu and Kashmir could make its own rules relating to permanent residency, ownership of property and fundamental rights. It could also bar Indians from outside the state from purchasing property or settling there.The government said Article 370 needed to be scrapped to put the state on the same footing as the rest of India.

The article allowed the state a certain amount of autonomy - its own constitution, a separate flag and freedom to make laws. Foreign affairs defence and communications remained the preserve of the central government.As a result, Jammu and Kashmir could make its own rules relating to permanent residency, ownership of property and fundamental rights. It could also bar Indians from outside the state from purchasing property or settling there.The constitutional provision has underpinned India's often fraught relationship with Kashmir, the only Muslim-majority region to join India at partition.

Why did the government do it? 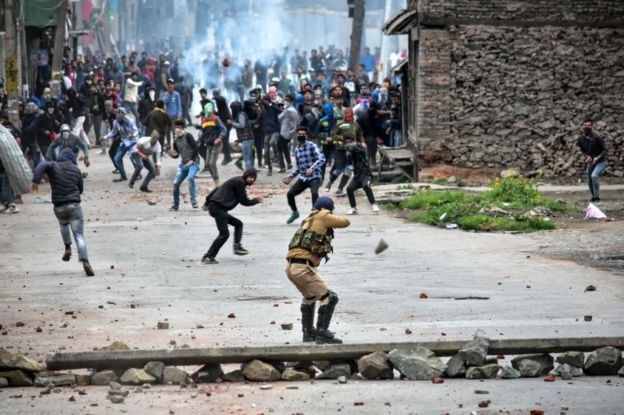 election manifesto.They argued it needed to be scrapped to integrate Kashmir and put it on the same footing as the rest of India. After returning to power with a massive mandate in the April-May general elections, the government lost no time in acting on its pledge.Home Minister Amit Shah's announcement in parliament on Monday came as a surprise to most Indians, it would have taken the government some preparation to arrive at the decision.

What's changed on the ground?

Kashmir will no longer have a separate constitution but will have to abide by the Indian constitution much like any other state.All Indian laws will be automatically applicable to Kashmiris, and people from outside the state will be able to buy property there.The government says this will bring development to the region.I want to tell the people of Jammu and Kashmir what damage Articles 370 and 35A did to the state," Mr Shah told parliament. "It's because of these sections that democracy was never fully implemented, corruption increased in the state, that no development could take place."The government is also moving to break up the state into two smaller, federally administered territories. One region will combine Muslim-majority Kashmir and Hindu-majority Jammu. The other is Buddhist-majority Ladakh, which is culturally and historically close to Tibet.

It can be referred as the destruction of Article 370 by Article 370 as their state Constitution meant if there is no party in rule, then all the powers go the President of India. And which had its part to play in scrapping of article 370.